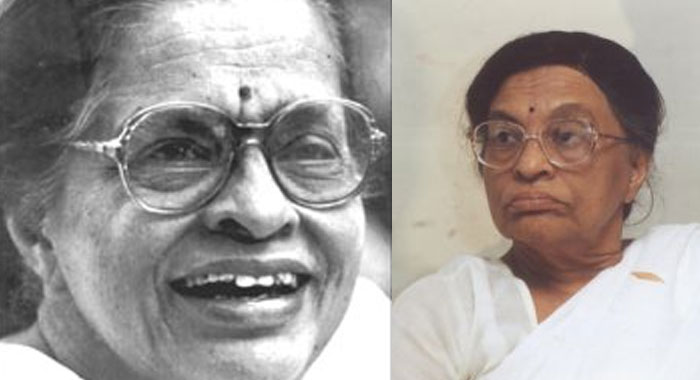 Susheela Gopalan (b. 29 December 1929, at Muhamma, in Alappuzha, Kerala; d. 19 December 2001, at Thiruvananthapuram, Kerala) was an Indian Communist leader and one of the founding members of the Communist Party of India (Marxist). She was elected Member of Parliament twice, from Alappuzha (1980) and Chirayinkil (1991), and was a Minister in the Government of Kerala for a number of years. Born to the famous Ezhava kalari family, Cheerappanchira in Muhamma, she was educated in Alappuzha and Trivandrum and joined the Communist Party. She married A. K. Gopalan, one of the veterans of the party, who she had met during his years in hiding.

She was one of the few women who held major responsibilities in the CPI (M) structure. She was a Minister in a number of LDF cabinets in Kerala. During her last term she was the Miniter for Industries and Social Welfare. She almost became the Chief Minister of Kerala in 1996. The Polit-bureau had proposed her name and it was placed before the state legislators who were asked to elect a Chief Minister; she lost by one vote to E. K. Nayanar, in whose cabinet she became the Minister for Industries and Social Welfare.

THE Polit Bureau of the Communist Party of India (Marxist) expresses its profound grief at the passing away of Comrade Suseela Gopalan, member of the Central Committee, outstanding communist and a prominent leader of the women’s movement. Suseela Gopalan died after a prolonged battle against cancer. She was aged 71 years.

Suseela Gopalan belonged to a family which played an active role in the historic Punnapara-Vayalar struggle. As a student, she was expelled from college for setting up a student organisation. As a young student, she began her activities among the coir workers under the influence of her uncle, Karunakara Pannicker. She joined the Communist Party in 1948, at the age of 18. She made her mark as a trade union leader of the coir workers. She was married to A K Gopalan in 1952 and since then both of them made a rich and varied contribution to the communist movement. Suseela Gopalan joined the CPI(M) after the split in 1964 and became a member of the Kerala state committee. She was elected to the Central Committee of the party at the 10th congress in 1978 and remained in the committee till the end.

She led many struggles of the coir workers and other struggles of the working class and was throughout associated with the trade union movement. She served as the Kerala state and all-India vice-president of the CITU.

She was one of the founders of the All India Democratic Women’s Association and became its first general secretary in 1980. She was the president of the AIDWA till her retirement due to ill-health this year.

Suseela Gopalan was elected to the Kerala state legislative assembly in 1965 while in jail. She was elected to the Lok Sabha for three terms. She was the minister for industries in the LDF government in Kerala between 1996 and 2001.
She was a leader with close ties with the people and always available to take up their problems. She had a warm and friendly personality which endeared her to all sections of society. In her passing away, the CPI(M) and the Left movement have lost a staunch champion of the working class, an ardent advocate of women’s rights and a devoted Marxist-Leninist.

The Polit Bureau of the Communist Party of India (Marxist) pays its respectful homage to the memory of Suseela Gopalan. It conveys its heartfelt sympathy to her only daughter, Laila, her son-in-law, Karunakaran, her sister and other members of her family.